The magical month of July!! 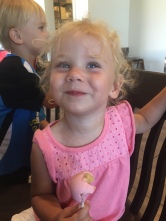 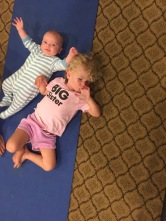 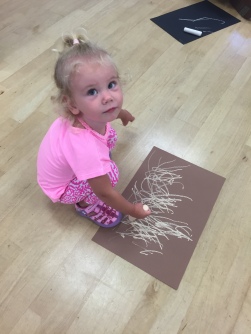 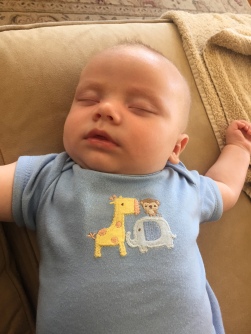 How come the magical and arguably the best month of summer July,no school; end OR start, no stress, (wait was the “no stress” part before having children!?) always go so fast?. It races away in a haze.

Our July doesn’t start great with illness and almost unbearable heat. We are trying to save by not turning on the AC as much in the house but with our many large windows framing the family and living room it creates a vacuum of heat and you can hardly breathe. The kids have swimming three days a week (and are making great advances-when they listen to the swim instructor that is) and no camps. I signed my daughter up for dance Friday mornings and have the nanny come entertain my oldest (or is it the other way around?!).

I’m keeping baby girl out of the pool the first week due to some “diaper issues” (those swim diapers are not really built for holding anything, now are they) and I’m trying to save our pool (and myself from a major clean up) and my daughter from embarrassment (she totally wouldn’t care) even though she is feeling better. She is very mad that brother gets to swim and very curious about the swim instructor. We (meaning my daughter) watch brother every lesson in full on swim gear even though only toes (and feet) can go in the pool. Every time my son needs to work towards a promise of a favorite thing in order to listen to instructions (since he doesn’t like most food the options are limited and pretty much narrowed down to “Subway” , frozen yoghurt (ice cream) or a cookie at Starbucks (don’t judge). I also promised him a small toy if he will swim by the end of the four weeks. His listening skills are improved by constant reminders but he tends to forget very frequently and has been known to do “his own thing”. The instructor who apparently used to be an elite swimmer gets very frustrated-seemingly much better at swimming than dealing with small kids.

All the lessons means less social time outside of the house, especially if you add soccer Mondays and dance Fridays but we are still able to steal some ice cream dates with close friends. By the end of that first week the kids are all feeling like themselves again and I am beyond relieved to be out of the bad diapers/added laundry (gross) trenches!

I finally think the leaking of various body fluids (I know major yuck! …oddly enough less so if you are a parent of little kids…or maybe not so odd considering the frequency of said fluids..) is over. I venture out to Target. With the oldest (still recovering somewhat) safely at home with daddy (watching football) , I bring the other two.

Since I am the youngest’s walking, talking food source (and since hubby is not quite comfortable with him yet) he is coming too!
He is all smiles so it clearly (almost…eh not fully) make up for the two year old’s whining.

I know she has been sick and all and that she is tired but come on…everything is “no”.
Are you hungry, tired, need diaper change, hug…new shoes? No, no, no!
She is in full on 2 year mode, and of course everything I do is wrong-and she complains about it-loudly!!

I’m barely hanging on as I scroll down my “iPhone reminder list” of stuff we really need (and you know a few… occasional extras) as my toddler is reduced to tears after not getting a new “Peppa Pig” toy! In my head I mentally repeat “avoid the toy aisle…always always avoid the toy aisle…even if it means getting creative with diversion strategies and round about ways to get to the things you want. Even if you need something in the aisle next to the toys- do not, I repeat, do NOT pass them!!”
No shortcuts parents-this is serious mental planning. Think I should suck it up and take the whining, crying, melt down, “tantruming”?
Let me tell you many of time-I have and let’s just say it’s so not worth it, but today she spied this toy and being in the mood she is in; its all over…

I briefly distract her with some new shiny shoes but let’s face it- they are no Peppa pig’s dream house substitute…
At least the full on drama tears have subsided into heavy sobs and violent hiccups, not (barely) facing this brave mama! But here we are back to full on tantrum tears (aren’t they the most fun “people are officially starring and judging” kind”). Wait, what the heck happened now???
Oh, I see who was the complete idiot putting “Doc McStuffin’s” Lego set amongst the shoes huh, huh??

It’s clearly time to escape this place before my perfect little angel of a baby boy wakes up too- not so perfect…and far from an angel.

It’s Sunday-therefore all lines are long. When we are up next and I think we made it, guess who wakes up…?

The not so sympathetic cashier ring up my items painfully slow as both my kiddos wail, scream, yell and cry in a potpourri of scorned, disappointed, ignored, hurtful (as well as hungry) emotions. They are clearly being unfairly treated (according to everyone but me. This is when the cashier holds up a pink and purple Peppa Pig set (well…you know…) with some suspicious brown stains on them. I match her disgusted look at first genuinely confused …until I look down at the cart…and the seat occupied by my daughter…

One response to “The magical month of July!!”