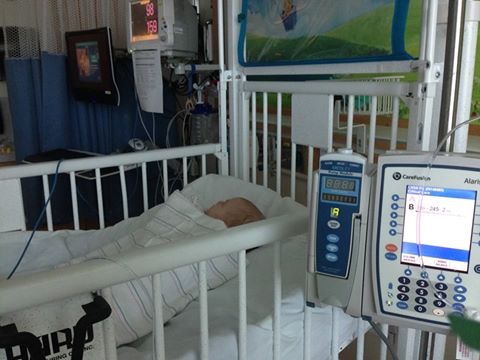 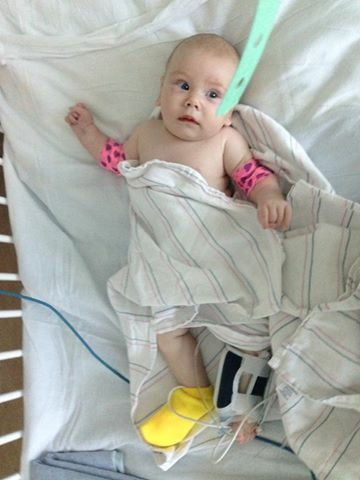 I can’t believe that we are back here…to the hematology department at Children’s Hospital. The flashbacks are acute and many.

I don’t know how they do it, I really don’t. I ache for them-these parents. I feel embarrassed to be here somehow and yet…I know I have to, we have to. Something IS wrong for real-just not as wrong, or as real as for most of these people here. The reality of what is going on on the third floor of this hospital for kids is devastating. I AM embarrassed to even feel sad because it seems I don’t have the right to somehow, and they don’t need my pity, and there is literally nothing I can do to help.

I praise these doctors for doing what they do, for pushing forward, for trying their very best, for smiling…
But the real heartbreak are these strong, brave little people who are just getting the toughest childhood imaginable…and their poor parents.

I have been dreading this appointment since my daughter was 18 months old. We found out when she was 11 weeks old, (just shy of 3 months) and cut her “tied tongue” to be able to breastfeed, that she had some kind of bleeding issue. She would not stop bleeding no matter what the tongue specialist, her pediatrician and the ER doctor did. She was loosing so much blood she had to have emergency surgery right away…

This tiny little preemie baby girl who had already been through so much in her very short life…
It was one of the worst days of my life. Seeing her bleed uncontrollably in the backseat when I rushed her to the ER is an image imprinted in my brain forever…

My baby girl was in surgery for hours, her little pale body and all that blood. Afterwards she was groggy and swollen in my arms. I felt awful. She wanted to eat so bad but was too hurt to feed. Seeing her in so much pain was agony.

We spent 3 days at Children’s Hospital before the 4th of July weekend and she still refused to eat. I didn’t sleep at all and was a wreck. Grandma and auntie were home with big brother because dad had to continue working (even though I’m sure that was extremely hard on him).

On day two we saw a couple of doctors from the hematology department. They drew a lot of blood to test our baby girl for a bleeding disorder. Since she was so tiny yet-still on the preemie scale, they couldn’t take too much blood from her little body-so we had to come back for a follow up.

The follow up was on the third floor of Children’s Hospital a week later. Baby girl had gotten her color back and she had finally started to nurse again. My mom was thankfully able to accompany us this time, having flown in on the 4th of July withstanding delays and cancelled flights. It was such a support to be able to lean on her as we entered what must be one of the most depressing places-full of sick-really, really sick kids.

My daughter had lost too much weight to be able to draw the required blood panel for the full spectrum of blood disorders so the doctor sent her home with a liquid that makes blood clot in the event of blood trauma.

The tests came back negative for any of the more severe blood disorders…and for leukemia. I have never prayed harder for these results..

Then again the unfairness of it all, seeing all the other kids and their parents. How do they do it? how do they live and breathe when their insides must be breaking.
These caregivers are incredibly strong that goes without saying but…these kids…I don’t have words, little superheroes who just deserve way better lives.

Hoping for them as I’m standing here at the hospital with my two (big brother is in school) happy, healthy (for the most part) children, is the same for them, that they will beat this, they will get better and this will all be a distant memory…

The reality though is a punch to the stomach and the embarrassment of even feeling like this when I’m fine and my kids are fine is raw and present.

This is the 4th time here seeing her hematology doctor. When we saw him when baby girl was 18 months old we still didn’t get to do all of her testing, because of her low weight. I was informed that in order to complete everything we needed to admit her to the hospital for a few days to monitor her while drawing the required amount of blood for the full panel of blood disorders. I declined these tests knowing that she didn’t have the more serious ones and signing papers that I declined treatment was really difficult-was I doing the right thing?

I promised (myself and her doctor) to keep a close eye on her, knowing full well that you can’t bubble wrap your kids (no matter how much you want to).

Fast forward until now, there is no more denial. Every time she bleeds from simple cuts and scrapes it is way too much- abnormally so. Her new pediatrician ordered more labs at her 3 year check up and testing confirmed without a doubt that our daughter does have a bleeding disorder. He sent us straight back here again…so here we are.

This has truly not been the best week.. 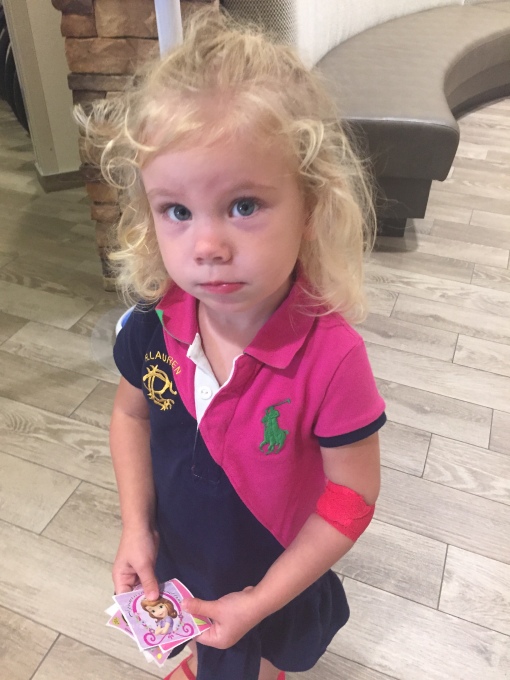