“Boys will be boys”…

It’s been a year since I last took my son to soccer. Then he had a really difficult time following directions and more importantly understand them (soccer balls are definitely not dinosaur eggs! And why should I chase you now, when I wasn’t allowed to a while ago?). He was barely 3 years old and had a brand new sister at home and more ants in his pants than the soccer coach could handle. I stood at the sidelines trying to help and stay involved but truth be told, I was honestly mostly nursing the baby (like every five minutes-still hadn’t gotten the hang of the whole breastfeeding in the baby carrier yet while standing/covering up) and I was also concerned about my little preemie getting too much sun, getting too hot, being exposed to germs…you name it. Which by the way I now realize was maybe not fair to my little guy, but you know what? The baby really needed me back then (like desperately) and it wasn’t like my boy was unhappy. He ran around like a little wild horse, managing to do exactly the opposite of whatever the coach was telling them to do. Thank goodness his little “bestest girl’s” (it was love even back then) mom was there to lend a hand (such tremendous help I don’t know how I would have survived soccer and numerous other things without her).

This is why I was quite pleasantly surprised (try stunned) that soccer went so great this time around. First of all the coach (a super tanned, slightly older, muscular woman, I swear she must be Californian “born and raised”) seemed really great with the kids, but my son actually LISTENED, took advice and followed through! Amazing!

He went with his little buddy who also did great (but that has always come more natural for him) and they both seemed to have a genuine fun time. That always warms a mama’s heart!

I didn’t exactly get to rest by the sidelines despite my son’s good behavior, because remember that little needy preemie girl? Yes, now I had to run after her (chasing her in a mad dash), trying to prevent her from stealing soccer balls and team jerseys: my goodness she has become fast and stubborn!

It was what came after the soccer that nearly had me snap (in half-no putting me together possible….nearly). Well it actually started as they set up for the next group of little soccer players; my own little player kept kicking the cones and throwing away the colored jerseys   (they were supposed to be covering the cones for the game). On purpose! I get so upset with him, why would he do that? After he had done so well too. Eventually he got reprimanded by an older coach who had come to watch and only then would he put the cones and jerseys back (reluctantly) despite my persistent instructions for him to do so-while our friends were waiting (sigh).

We then had the brilliant idea to go to dinner (like in a real restaurant) because the boys were probably hungry (I know I was). No hunger is worth what we had to suffer through at that restaurant though…

I stayed (relatively) calm through the loud talking (lets tell it like it is shall we: screaming), standing while screaming (not sitting), not eating, while standing and screaming. I almost stayed (semi)- calm while they (both but guess who was the instigator AND motivator) threw crayons out the window (yup!) and force held him on my lap only after the fifty eleventh time I had “calmly” (well, you know), told him “don’t stand, yell, throw, kick, run, spit, hit…”

I’m pretty sure people were starting to go from uncomfortable to actually bothered. There were other people with kids at this place and we were sitting outside (outside voices ha ha) but my friend and I both had to agree that these angel children surrounding us most be much older (well, clearly). Her son behaving much better of course but if we were under any kind of illusion that we could sit and actually have a meal, we were obviously harshly and rudely mistaken.

As “sony” dearest apologizes and gets to go back to his chair (still standing) he starts playing with his cup of juice as I tell him “no” repeatedly. There was a lot of juice and ice in that cup and a trendy older couple have just taken their seat right next to us as the sticky liquid literally gets everywhere, including the side of their table and place setting. Right!

I take a last longing look at my barely touched Caesar salad as my darling daughter announces with a wail that she is SO OVER IT. What happened to my princess who has actually been SITTING and EATING QUIETLY this entire time?

Yes, this all happened and I might be sweating and my frustrations level is high (but boys will be boys and all of that…) but that is STILL not what 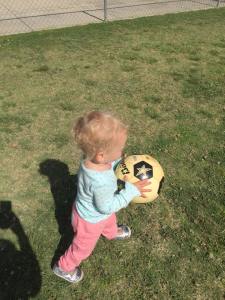 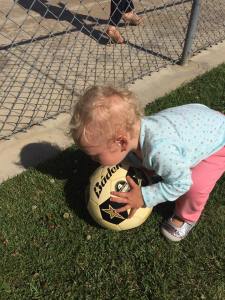 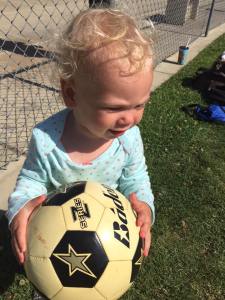 pushes me over the edge…